Each of our instructors have been trained by Renshi Michael Bunton to teach our students martial arts.

I began my official martial arts training in 1993 studying the styles of Muay Thai kickboxing and Brazilian Jujitsu, and obtaining a black belt in a system the instructor composed. I began teaching classes prior to making black belt asking to help out however I could. Teaching became a big part of my learning process, and this is something I pass along to my students as well.

In 2000, I began to study Kung Fu and obtained black belt certifications in Chang Quan (Northern Fist) and Nan Quan (Southern Fist) contemporary Wushu, and went on to learn and incorporate Praying Mantis Kung Fu, Taizu Chang Quan, Eighteen-Arhats Boxing Kylin Fist, Tai Chi, and the many weapons systems that go along with these arts.

Other certifications I hold are in Escrima, Arnis, and Kali.

At Phoenix we teach all these systems in a curriculum we call Take Nami Do.

In 2001, I became a certified Level 2 ropes course facilitator and facilitator trainer for Iredell County Recreation Department and currently with Challenge Towers Aerial Adventure as well. In 2005, I joined the team of Competitive Edge as a Global Leadership Developer. Experiential learning and helping to challenge individuals and teams in physical and metal growth has greatly impacted the way I instruct. This is why we feel we are the best martial arts school around!

It is my hope and desire to pass my lessons on to my students so they may better themselves as a whole and to understand how to use the martial arts as a tool for conflict resolution inside as well as outside.

In my experience, a true master is always a student. There is a quote I like to use to represent this: "Seek those who seek the truth, avoid those who have found it." The path to perfection is an endless one, and as such I continue to learn as well. 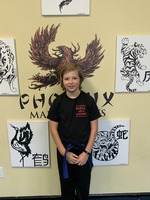 I have a younger brother that also does martial arts with me. I like to play nerf guns with him. I enjoy helping to tech others. A big brother is a type of teacher, and I have loved helping my brother and the other students. Some of my favorite things are the color green, cooking, and riding bikes and skateboards. 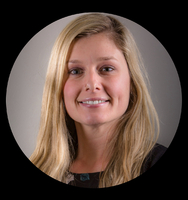 I grew up in Statesville and joined the U.S. Army in 2001 - my first day actually being September 11, 2001. I spent eight years active duty as an Intelligence Analyst. I served three deployments in Afghanistan with the 7th Special Forces Group (Airborne), and ended my short career as an E-6/Staff Sergeant (Promotable). After leaving the military, I attended the University of Colorado - Denver where I received a bachelor's degree in Business Administration in 2017, specializing in Human Resources and Management, with a minor in Economics. After being away for 18 years, I finally moved back to Statesville in 2019 and I couldn't be happier!

I have started taking martial arts classes with Renshi and Hempai, and aspire to be an instructor here in the future! I'm a runner at heart and have competed in lots of different events ranging from 5K to 50 miles, a couple triathlons, and several adventure races. I love everything outdoors, especially hiking and exploring new places. If you see me around, I'll likely be eating something delicious or petting an animal.

I'm proud to be a part of this community and Phoenix Martial Arts Academy, and can't wait to see what lies ahead!

For more information about our instructors and staff: